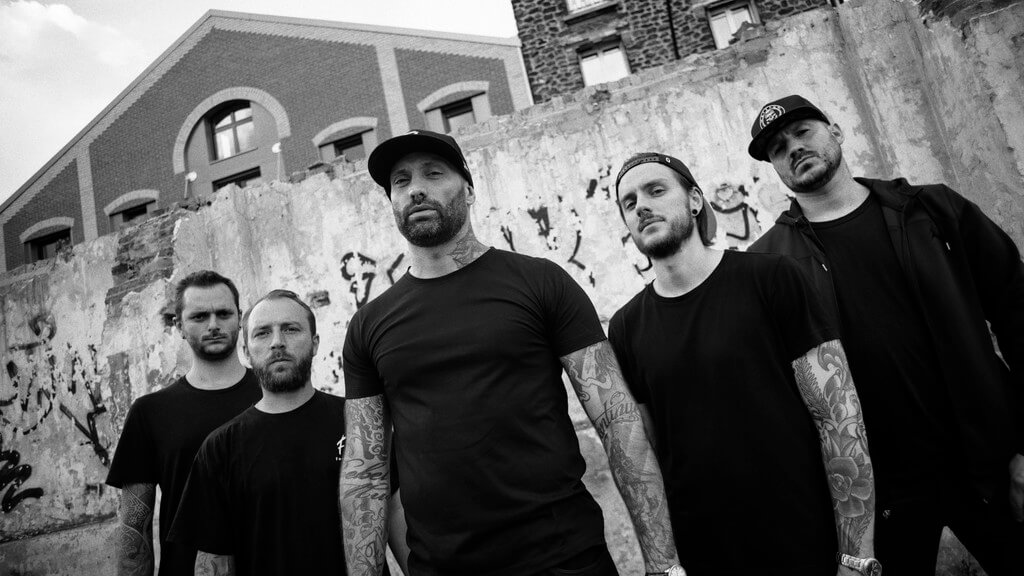 In the year 1992, a handful of students cross path in a Paris’ suburban highschool. Their taste for powerful music and protest songs eventually lead them to getting their first instruments. The course is as classic as their story unusual. Quickly enough, the motivating force sets the pace and at the same time they’re writing their first tracks, the young musicians set up a promotional campaign that will carry out their name all over Paris: “L’Esprit Du Clan”.Following this intriguing burst advertising, in 1999 is released the first 5 tracks EP “Chapitre 0” (Chapter 0). The critics are overwhelming and soon, the band is set to go on a european trek with Merauder, NY hardcore legends. About that time, they hook up with Big Red (ex Raggasonic) and they obtain a true distribution deal through Virgin. “Chapitre 1” (Chapter 1) sees the day in 2002, the band’s reputation grows beyond their inner circle and they play memorable show after memorable show.With their first real deal with Enragé Produtions and their commitment with booker Rage Tour, their influence keeps getting stronger with yet again a new album, “Chapitre 2 : Reverence” (Chapter 2: Reverence).More than just a live band, the sextet, now a full blown combo of experienced musicianship and despite their young age, has already become a source of inspiration for numerous bands, and confirms their line-up as one that can’t be ignored during Disorder Tour I & II.In 2007, confident and strong with their experiences, they get in the studio with Stéphane Buriez (Loudblast) for their third effort. The general feeling revolving around a return to their roots, the influences of their youth: aerial moments, memerizing solos and lyrics as honest as ever. “Chapitre 3 : Corpus Delicti” (Chapter 3: Corpus Delicti) is a full fledged, mature album, and in spite of the plummeting sales in the music industry and thanks to their thousands of fans’ dedication, the band’s aura grows on.Now, prepared with their solid live and studio experience, it’s clear the parisian band needed to bond again with an angrier, more vindictive style, as proved by the efficiency and the live feeling of the 11 tracks on their new record. It’s with this idea in mind and in their own personnal studio, that Mickaël Dupont and the band themselves worked on their new sound: more powerful and more aggressive than ever. Mastered by Tue Madsen at Antfarm Studio is the icing on the cake on an already spotless production and is able to throw the sextet up there with the best international metal bands.Proof of their constant evolution, their anger and protest songs are here serving the purpose of introspection and self reconsideration when the rest of the world keeps pointing at guilty parties. “Chapitre 4 : L’Enfer C’est Le Notre” (Chapter 4: This Hell Is Ours) is introspective and about a personnal revolution. The album will be released through 13bis Records and will be widely promoted and distributed via Sony-BMG. With more than 400 shows on their slate, from France to Poland, going though Portugal or Québec, the band is working on the second part of their new tour. Against an easy way out and in constant evolution, L’Esprit Du Clan chose the art of ever growing.