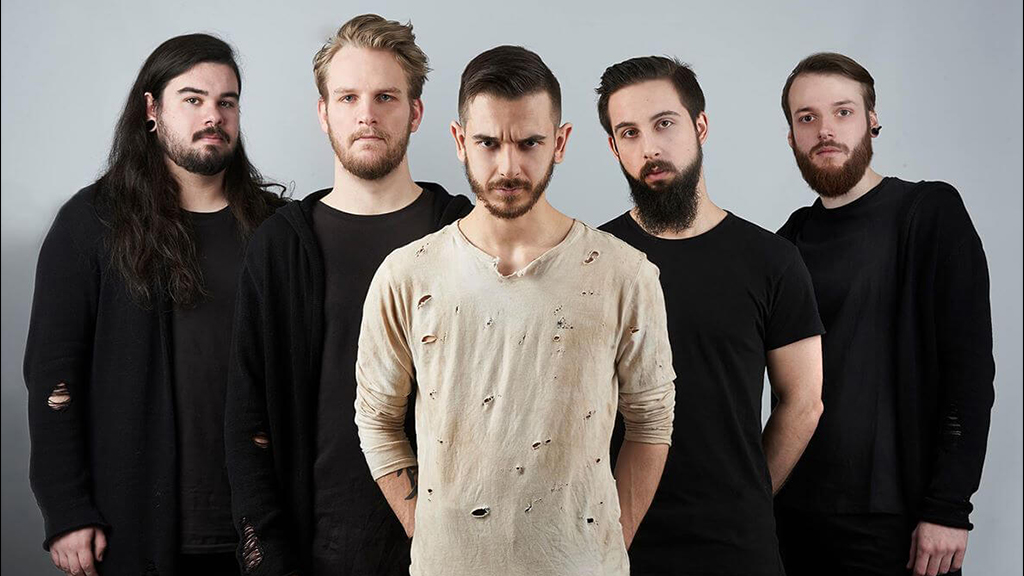 Ocean Encounters formed in the small Belgian city of Tournai in 2015. Their first shows in the venues around town immediately captured the attention of the local metal community and they quickly started blazing through the scene.

Within just a year they were quickly playing repeat shows in the area, sometimes being asked to play two shows a day at different venues. Most notable, in their recent ascent through the ranks of Belgian metal bands, was being asked to open for a few big international bands passing through the region. Including bands like “Afar” and “The Bearded Bastards” to “Carcer City” and the biggest of which was opening for the metal giants “Jinjer” in June of 2018. With this concert Ocean Encounters closed off a 4 month, 20 show pre-summer season, and are now regrouping in their hometown, heading back into rehearsal to kick off the post-summer with a brand new set and new stage decor, but with the same energy and crowd-pleasing antics that the band is known for.

With a musical style that’s inspired by a wide plethora of different musical styles, it’s hard to place this group into a single defined genre, placing them firmly among the original “modern djentcore” groups of the region. In 2018 they recorded all the songs on their new EP in their home studio, and teamed up with CHS PROD to produce their debut EP “Clock”. Fusing all the heaviest rythmic sections of djent with brutal vocals and soaring chords of metalcore, they fill in the gaps with the occasional machine-gun rap verse and succeed in bringing together the best of all worlds. With songs like “Clock” and “Angry People” Ocean Encounters puts their heaviest foot forward and shows what they’re made of, with both songs offering a wide and dynamic range of everything the modern metal sound incorporates.

On top of a new EP, new set, and a blistering number of shows, Ocean Encounters is also very present on social media with a weekly vlog set to kick back off after their summer hiatus. These vlogs serve as a way for the band to stay in touch with their base, as well as an opportunity to expose and share other bands and local venues to offer them a chance at advertising their newest endeavours.