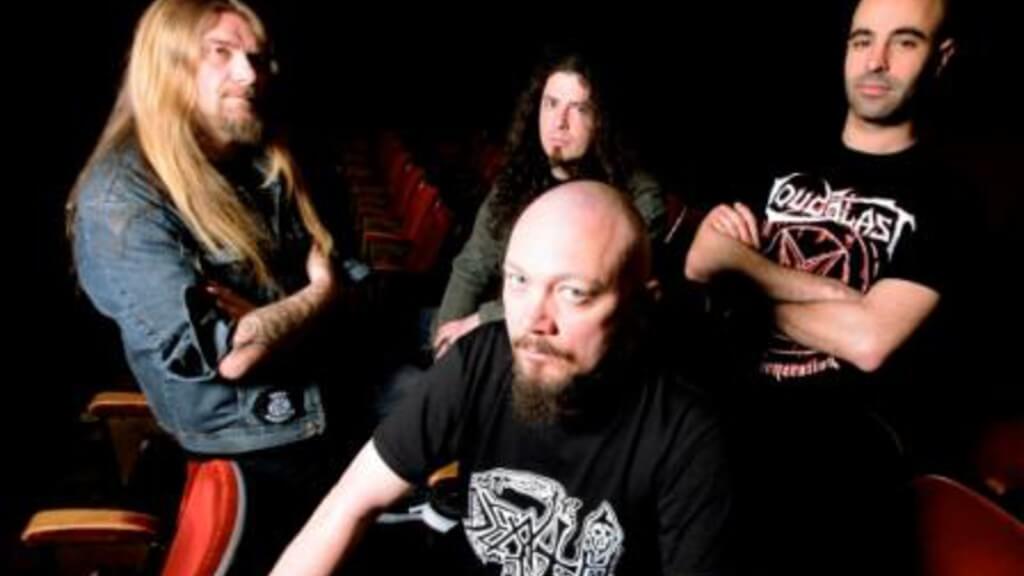 Will LOUDBLAST, leaders of the 90’s French metal scene, ever stop playing? After their 2004 comeback with “Planet Pandemonium”, and then a long break, they’re back again in 2010 with a new line-up! Stéphane Buriez, French master producer and Hervé Coquerel, now with BLACK BOMB A, brought in some fresh blood: Alex Lenormand (ex SIC et LOCUS) and Drakhian (ex TAAKE, FORNICATION et GRIFFAR), two young yet experienced and charismatic wolves who will certainly add their own touch during the shows and on a new album. LOUDBLAST is back. It’s time to show that GOJIRA aren’t the only ones to raise the lfag of French metal around the world! LOUDBLAST were pioneers. Now they’ll prove that in terms of thrash death metal, they don’t take lessons from anyone. Get your eardrums trained for some “loud, live & heavy”! They’re preparing a brand new album in Sweden, it’ll be released in April and a big tour will follow.