Black Mirrors will be part of the lineup for Saturday May 13!

The band already came to give us a slap a few years ago. And you know what? We want more!

Since we announced My Diligence and Wolvennest, we have chained the announcements of groups coming to strengthen the line up!

So far, we had announced 3 French bands with Drakwald, Gronibard and Rise Of The Northstar. We have since doubled the bet! Psykup, Barbar’O’Rhum and Bukowski will join forces with other French artists to resonate with their “blue, white, rage” sound!

A first at Durbuy Rock: Combichrist! With nearly 20 years of career, 9 albums and 12 eps, the Norwegian band concocts a special Oldschool show to immerse themselves in their classics. We are proud to be able to offer them to you.

Finally, another novelty announced today: Belphegor! Another first for Durbuy Rock. Since 1993, Belphegor has been spreading its poisonous black/death through the veins of an audience that is ever more committed to the cause of the Austrian group. The band is marching on the metal planet and we are thrilled to be on their way!

Stay connected with our social networks to discover the latest names that will soon join the line-up of this exceptional 26th edition!
www.facebook.com/durbuyrock
www.instagram.com/durbuyrockfestival 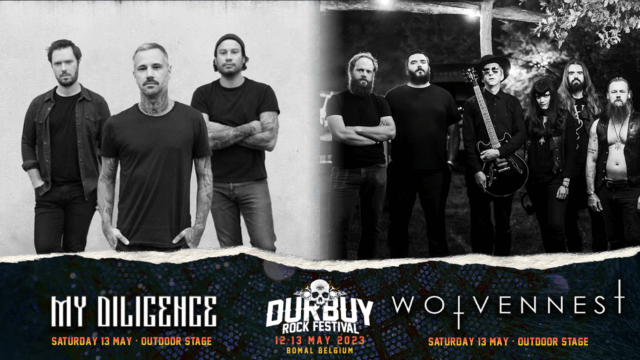 The list of groups present on the Saturday of the 26th edition of the Durbuy Rock Festival continues to fill up.

Saturday, May 13 reinforces its black-yellow-red touch, whether at the start or end of the day. With MY DILIGENCE and its psychedelic stoner/doom mix, as well as WOLVENNEST and its dark, frenetic, even hypnotic melodies, Belgium offers Durbuy Rock some of the darkest assets to enjoy your festival weekend! 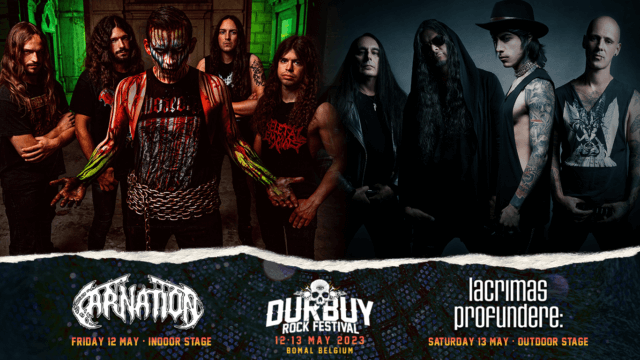 These last few days have seen the addition of two bands to the line-up for the 26th edition of the Durbuy Rock Festival.

On Friday May 12, the Belgians from CARNATION will add a dose of brutality to the line-up. The group accustomed to touring the four corners of the globe will therefore stop in Bomal and we are looking forward to it.

On Saturday May 13, for their return to Belgium, LACRIMAS PROFUNDERE, which celebrates its 30th anniversary next year, has chosen the Durbuy Rock Festival as a destination to return to the flat country! They will come to present their new line up and their new album How To Shroud Yourself With Night. A first in Belgium since 2014, and above all, a first for the DRF! Goth Metal fans won’t miss the event… 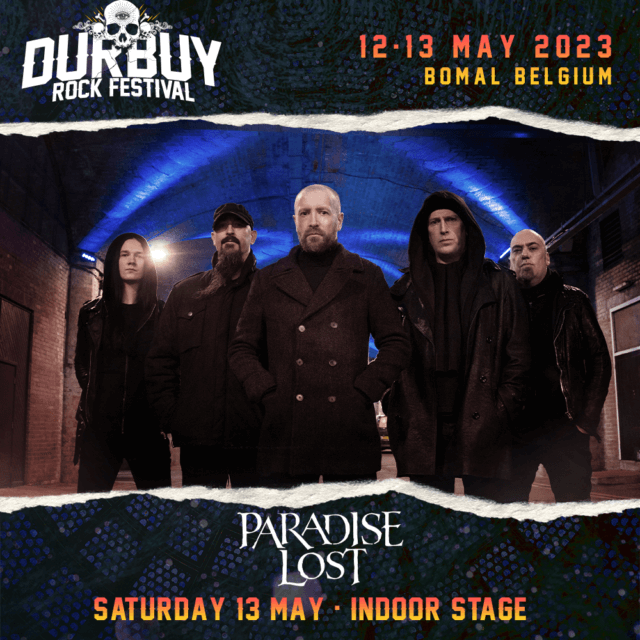 We announced it to you this weekend. 2 new groups come to reinforce the poster of this edition.
The Englishmen of Paradise Lost will be back on Saturday headlining the indoor scene.
Bloodbath from Sweden will be found on Friday at the start of the evening, still on the indoor stage.
The Durbuy Rock promises to be ever more brutal! 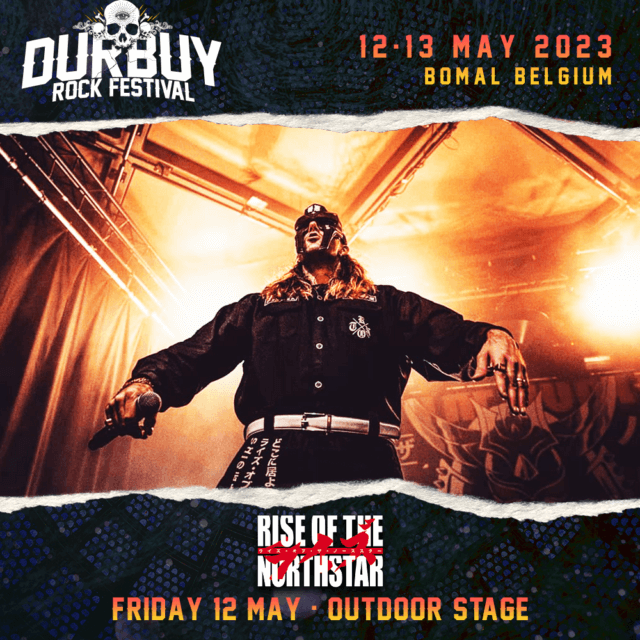 We announced it to you no later than this morning on our social networks.

Rise Of The Northstar arrives as the headliner of the outdoor stage of the Durbuy Rock Festival!!!

Save the date. It’s Friday, May 12, 2023 when you’ll feel your ki shaking to the hardcore sound of ROTN. 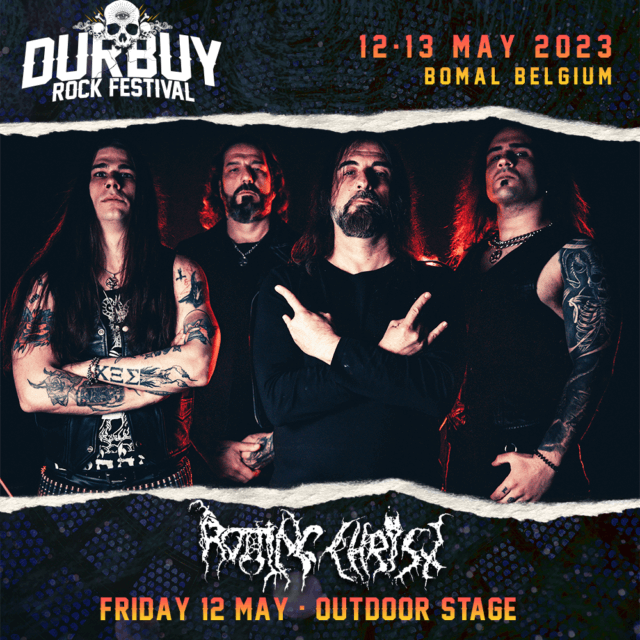 Fans of black metal, this year you will find something to quench your thirst for bewitching sounds with the Greeks of Rotting Christ.
Also added to the program, the French of the stage, Drakwald, will ensure the presence of a touch of death and folk for this first day. 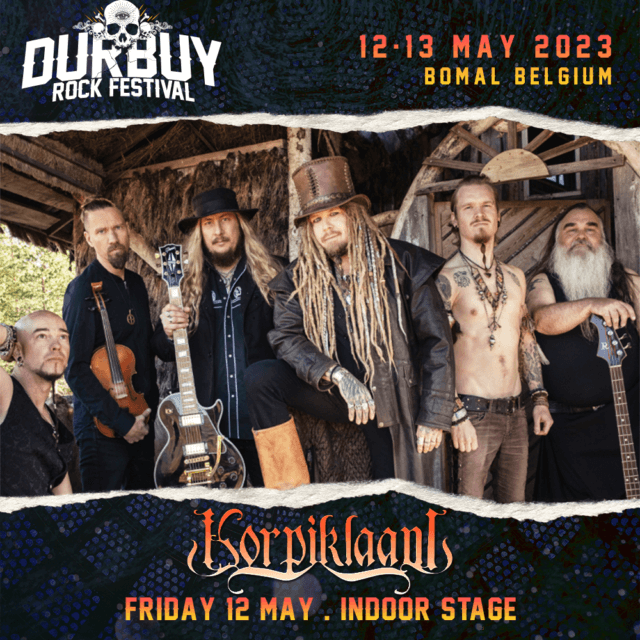 If you’ve been following Durbuy Rock news on its social networks, you probably haven’t missed them. The first two names to join the poster for this 26th have been revealed.
For Finnish Metal fans, Korpiklaani will headline on Friday 12 May. On the Grindcore side, you will be offered the very delicate Gronibard.
The rest of the names are to be followed next week.

It is official, the Durbuy Rock Festival will be back for its 26th edition !

We hope that it is already written in your diary. 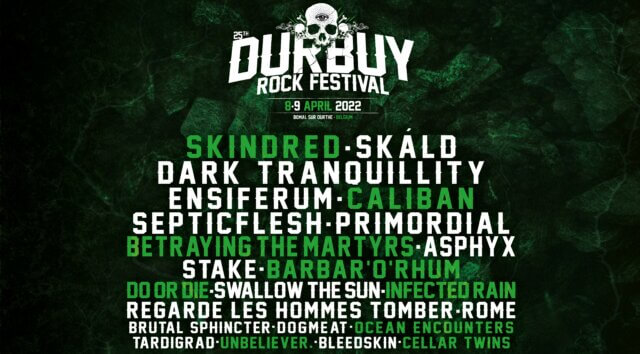